The Winslow House: A Tale Of Two Families

The Winslow House (1893) in River Forest, Illinois, is iconic. The elegant symmetry of the Sullivanesque street facade and distinctive leaded glass characterize Wright’s first independent commission at the age of 26. Wright called it “the first Prairie house.” Sold for the first time in 57 years in 2016, the house had been owned by five families during its 120 year history, and in 2014 the fifth family welcomed back the offspring of the original owner, William Herman Winslow.

Winslow’s great-great granddaughter—Liz Pachaud, born in Seattle but now a resident of Detroit—Googled the house and learned it was for sale. She contacted agent Pamela Tilton and set off a gracious chain reaction. Peter Walker, who grew up in the house, welcomed and warmly hosted not only Liz and her grandfather Winslow Briggs but also a group of 10 direct descendants of William Winslow and their spouses. In fact, the visit evolved into a family reunion with family members from Seattle, Palo Alto, Detroit and Chicago converging at the Winslow House on a snowy afternoon in January 2014. Peter hosted a lovely luncheon for the clan. Seated around the table in the exquisite Winslow dining room, which almost exactly matches photographs from the early 1900s, were members of the third, fourth and fifth Winslow generations. Winslow Briggs and Mary Sadovnikoff were guests of honor. Their mother, Marjorie Winslow Briggs, grew up in the house and named her son Winslow to carry on the family name. Winslow, director emeritus at the Carnegie Institution for Science in Stanford, California, was the only one in the group who had seen the house before. Winslow recalled, “I was coming through Chicago driving my mother to the East Coast and she said, ‘We have to stop and see the house.’ June Walker, Peter’s mother, very kindly invited us in, but we only saw the first floor. That was years ago. Peter’s hospitality in inviting us now has been very special.”

Peter’s parents bought the house in 1957. His father William S. Walker was a Chicago-born big band arranger and successful Mad Men-era advertising jingle writer. Peter told us, “My father loved Frank Lloyd Wright and wanted to own one of his houses. My mother, June, a war bride from Australia, took meticulous care of the house.” June died in April 2013. 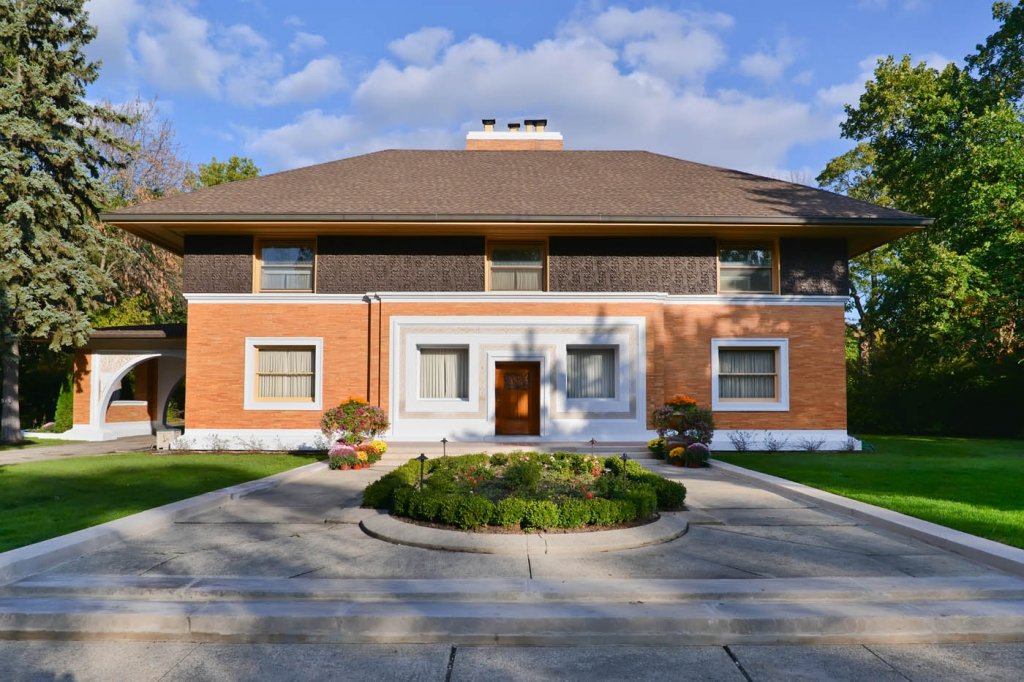 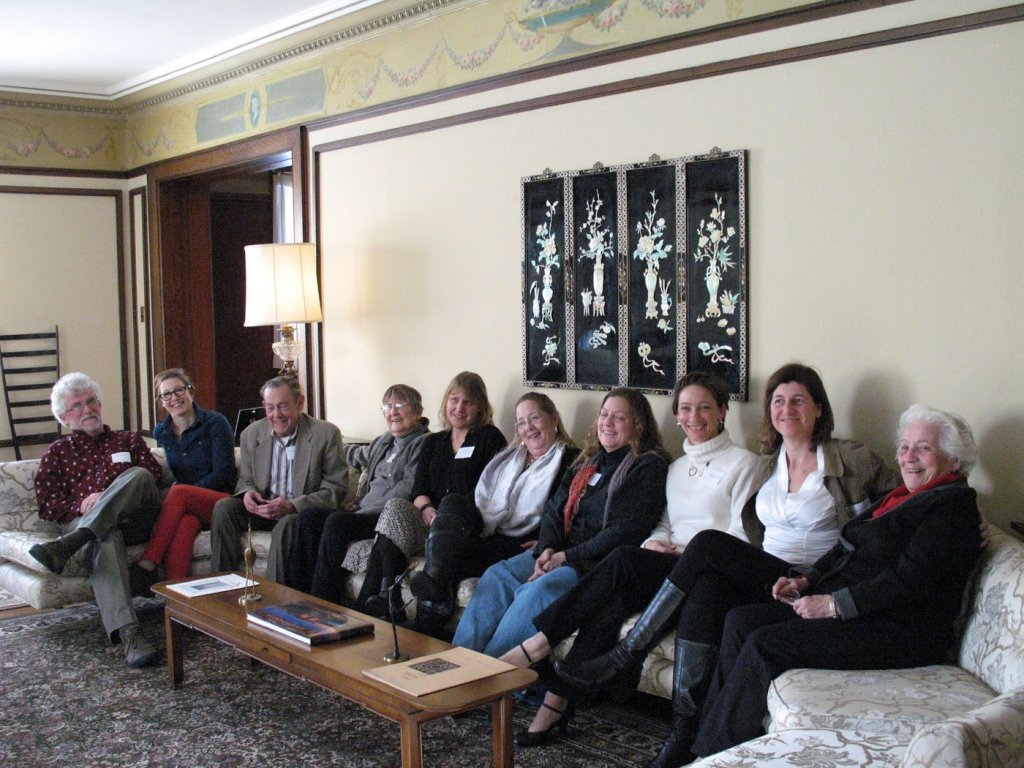 Three generations of the offspring of William Winslow were hosted by current Winslow House owner Peter Walker in January 2014. 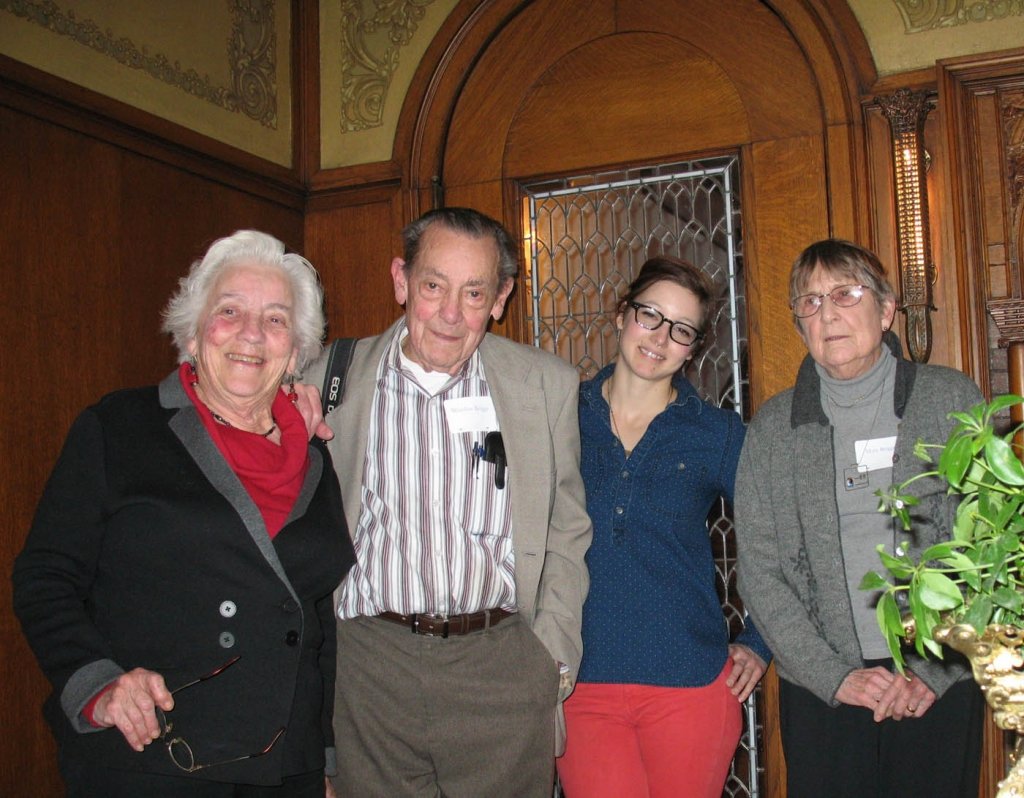 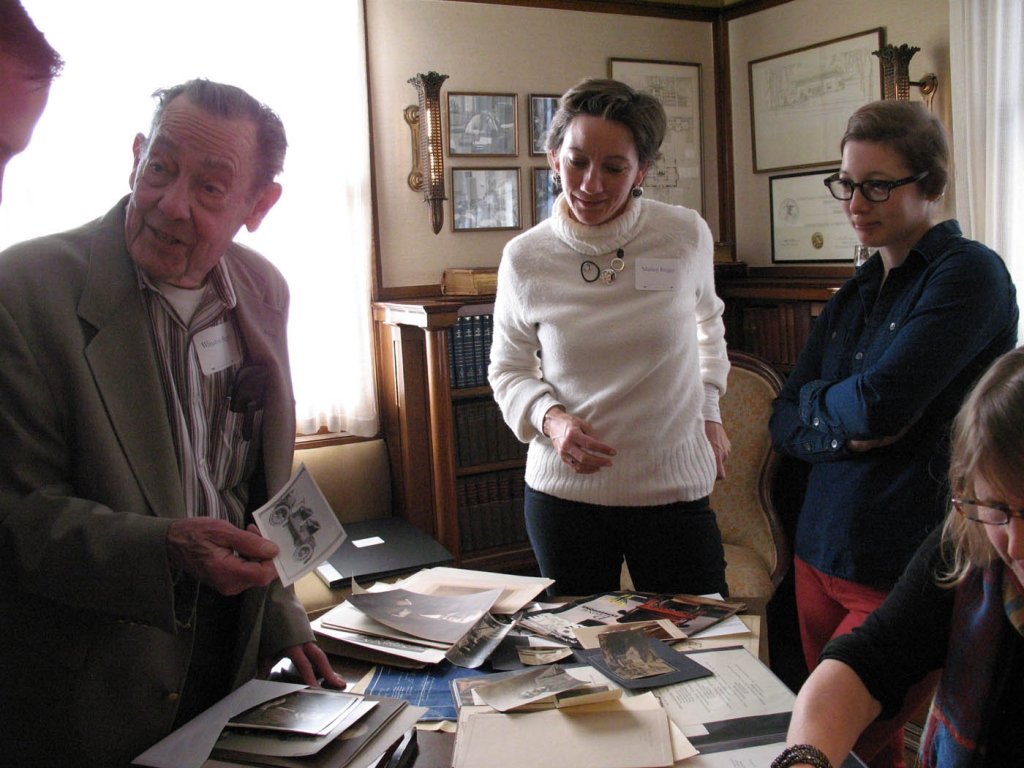 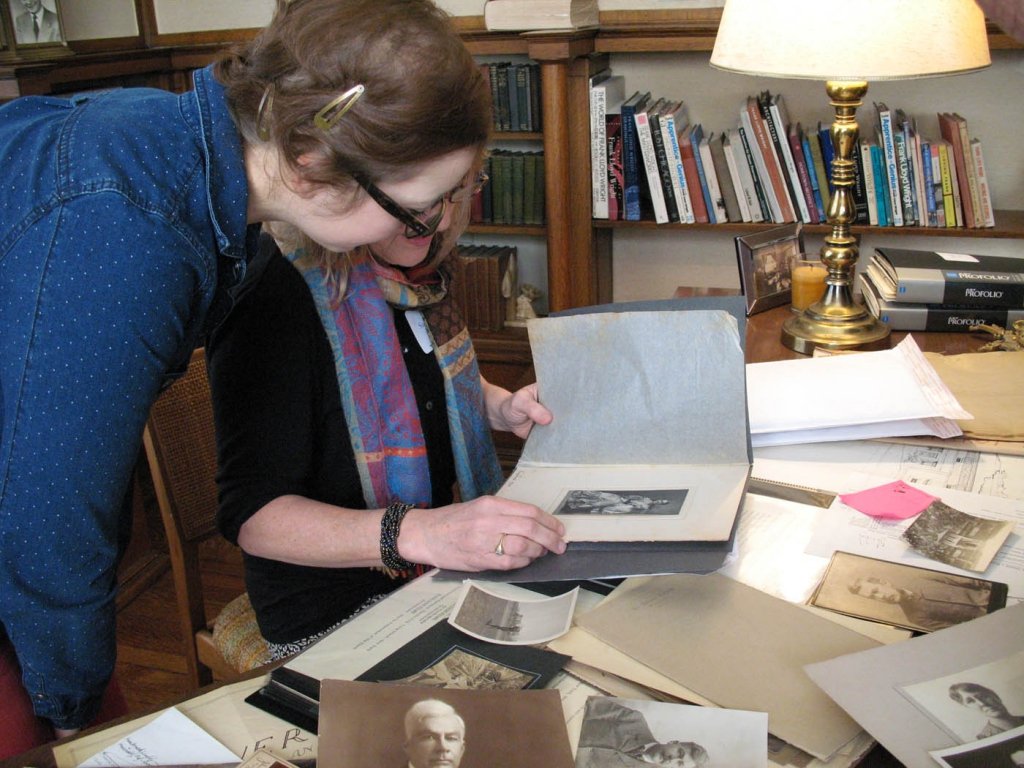 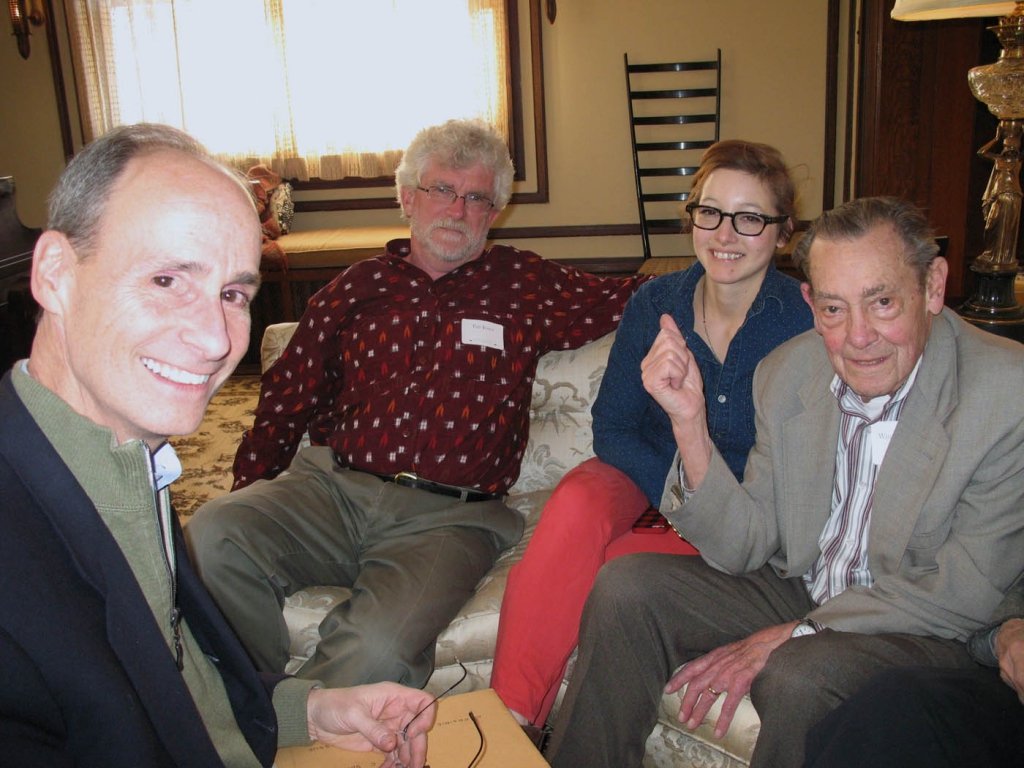 In the library the Winslow-Briggs family set out vintage family photos and early pictures of the house and Peter made available his own extensive house archival materials. Tim Samuelson, cultural historian for the city of Chicago, shared his encyclopedic knowledge of turn-of-the-century Chicago and the Sullivan-Wright-Winslow connections. Winslow’s company produced many of Sullivan’s most celebrated decorative ironwork and bronze designs, including those gracing the entry of what has been known since 1904 as the Carson Pirie Scott Department Store (now the Sullivan Center) in Chicago, the Chicago Stock Exchange and the National Farmers Bank in Owatonna, Minnesota. Winslow was only 36 when he commissioned Wright, 10 years his junior, to design the house.Eric O’Malley from PrairieMod and I were fortunate to be included in the congenial gathering. As we sat around the dining table and experienced the remarkable building that has been well-loved by five families, Peter Walker raised a glass to William Winslow. We also toasted the architect and the house, infused with the human spirit and layered with the warmth and memories of two families on that cozy January afternoon. We toasted as well great-great granddaughter Liz, whose curiosity about her ancestral home created a special link between past and present and a very memorable afternoon in an extraordinary Wright house.