The nomination was first submitted for consideration in 2015, but the decision was referred for further refinement.

Acting on behalf of the official State Party, the National Park Service (NPS) Office of International Affairs submitted the revised nomination to the World Heritage Centre in Paris on Nov. 20, 2018. It will be reviewed at the 2019 World Heritage Meeting scheduled to be held in early July in Baku, Azerbaijan.

The owners of all the properties are participating voluntarily. Nominations are submitted by the U.S. Department of the Interior to the World Heritage Committee, an independent body that operates under the umbrella of the United Nations Educational, Scientific, and Cultural Organization (UNESCO). The nomination was prepared under the guidance of the NPS’s Office of International Affairs. The nomination document is available for download here (pdf, 48 MB).

A limited quantity of the soft-cover nomination book (370 pages) is available for purchase for $65 (plus shipping) by calling the Frank Lloyd Wright Building Conservancy at 312.663.5500.

What is the timeline for the nomination?

What are the effects of nomination?

Listing does not impose any new regulations or restrictions on properties. The nomination must document the existing legal protections for the property. The nomination also identifies a “buffer zone” that protects the setting of the property, but which is outside the formally nominated property boundary. 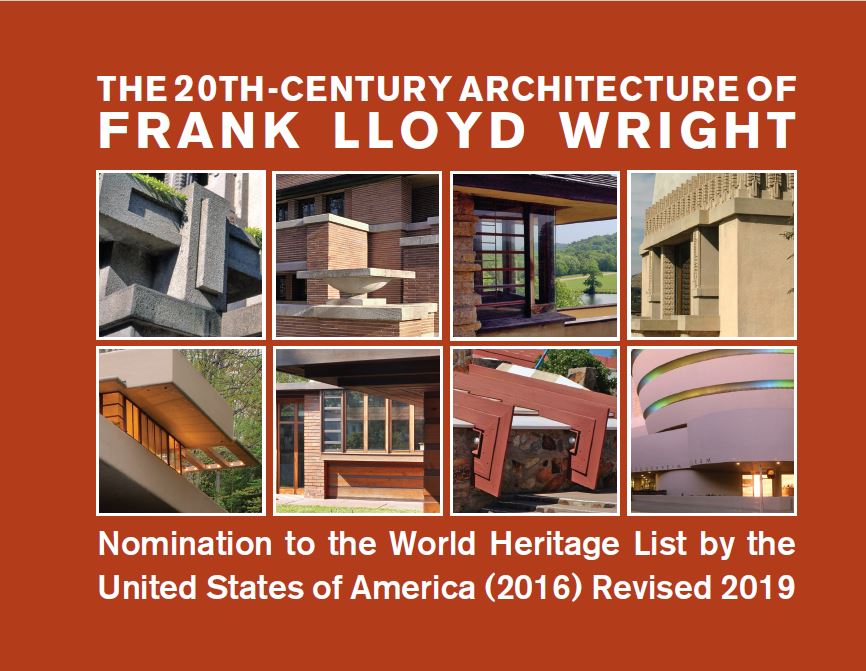