REGISTER NOW FOR OUT AND ABOUT WRIGHT: MODERNISM IN CENTRAL IOWA

Mason City’s trove of prairie-style architecture gets much attention in the Wright community, but the Conservancy’s first Out and About Wright tour in Iowa, May 4-6, 2018, will focus on Wright’s seldom-seen Usonians and a number of modern architectural treasures in the state’s central and south-central regions. The work of prominent local architects will be seen alongside Frank Lloyd Wright, Walter Burley Griffin and Marion Mahony, John Howe, Louis Sullivan, Eliel and Eero Saarinen, I.M. Pei, Mies van der Rohe and more.

Depart by bus from the Renaissance Des Moines Savery Hotel before 9 a.m. for a tour of Des Moines’ most famous architectural treasure, the Des Moines Art Center (Eliel Saarinen, I.M. Pei, Richard Meier, 1942-84), before driving to Oskaloosa and Wright’s Jack Lamberson House (1948), winner of the 2016 Wright Spirit Award for its recent restoration, as well as two neighboring midcentury modern houses by local architects. The tour also includes two exceptional Wright apprentice works, the Bryant and Marjorie Denniston House (John Howe, 1958) and B.J. Ricker House (Marion Mahony and Walter Burley Griffin, 1911; on the market, tour subject to sale), and a reception with wine and hors d’oeuvres inside Merchants National Bank (1913), a Louis Sullivan-designed jewel box. We will return to the hotel at approx. 7 p.m. Box lunch is provided and dinner is on your own.

Friday, May 4 (private event for Leadership, Clerestory and Visionary Circle and Board members)

Depart from the Savery Hotel at 4:30 p.m. to experience two very different historic Des Moines mansions. The evening begins with an  exclusive tour of the Butler House (Kraetsch and Kraetsch, 1935), which was widely published and hailed as “the world’s most modern house.” In the late 1980s it was converted to offices but still stands as one of the few great monuments of the 1930s Streamline Moderne style. Afterward we walk to the adjacent Rollins Mansion, a restored Tudor-style house built in 1925 and listed on the National Register of Historic Places, for a roaming tour and sit-down dinner.

Depart from the Savery Hotel before 9 a.m. to tour Wright’s Paul and Ida Trier House (1956), the midcentury modern architecture of Eero Saarinen, Harry Weese, Mies van der Rohe and more at Drake University, and an additional private house to be announced. After a sit-down lunch in a converted 1937 Streamline Moderne fire station, we’ll lead a walking tour (1+ mile) of downtown Des Moines’ modern architectural highlights by Mies, Gordon Bunshaft, David Chipperfield, Renzo Piano and more. We will return to the hotel at approx. 3 p.m. The Savery Hotel runs a free shuttle for guests returning to Des Moines Airport (10-15 minutes from hotel); the tour bus will not stop at the airport.

All tours depart from and return to the Renaissance Des Moines Savery Hotel (410 Locust St., Des Moines). Built in 1918 and listed on the National Register of Historic Places, the hotel recently underwent a complete renovation. Our attendees stay at the special rate of $119/night. Book by April 12 online or call 800.514.4706 and mention the Frank Lloyd Wright group.

UPDATE 3/9: Our main event hotel, the Renaissance Savery, is sold out but we now have a block of rooms at the Hyatt Place Des Moines Downtown (418 6th Ave, Des Moines). It is the next block over from the Savery where the tour buses will load, and connected by a skybridge. The group rate at the Hyatt is $149 and includes breakfast. The deadline to book is April 3. You may book online at this link or by calling 1-800-634-3839 and reference the Frank Lloyd Wright Conservancy group. 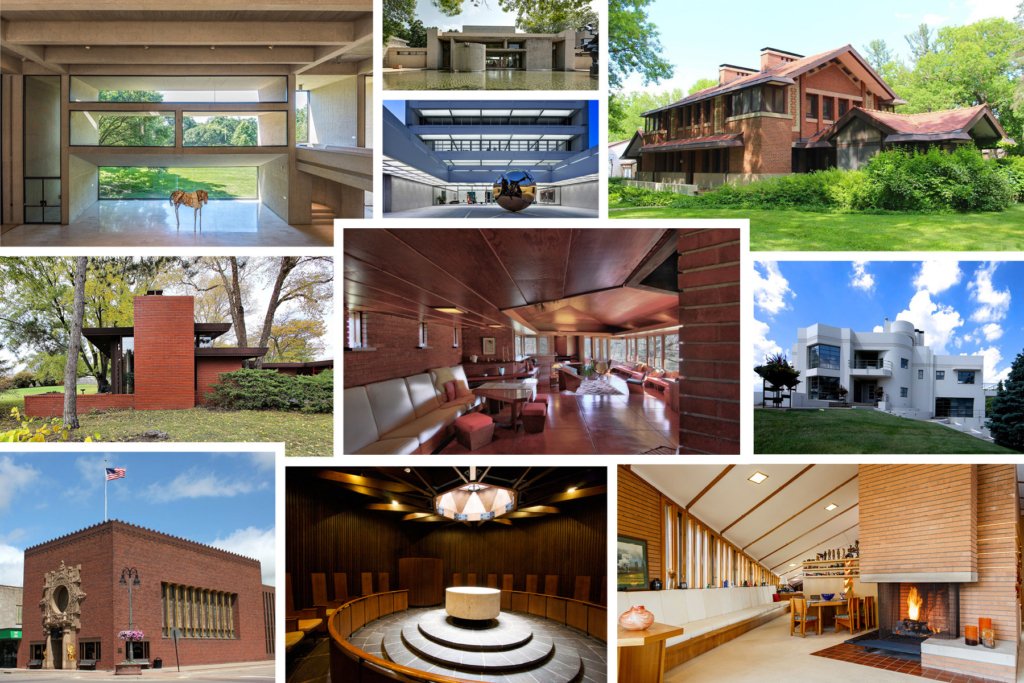 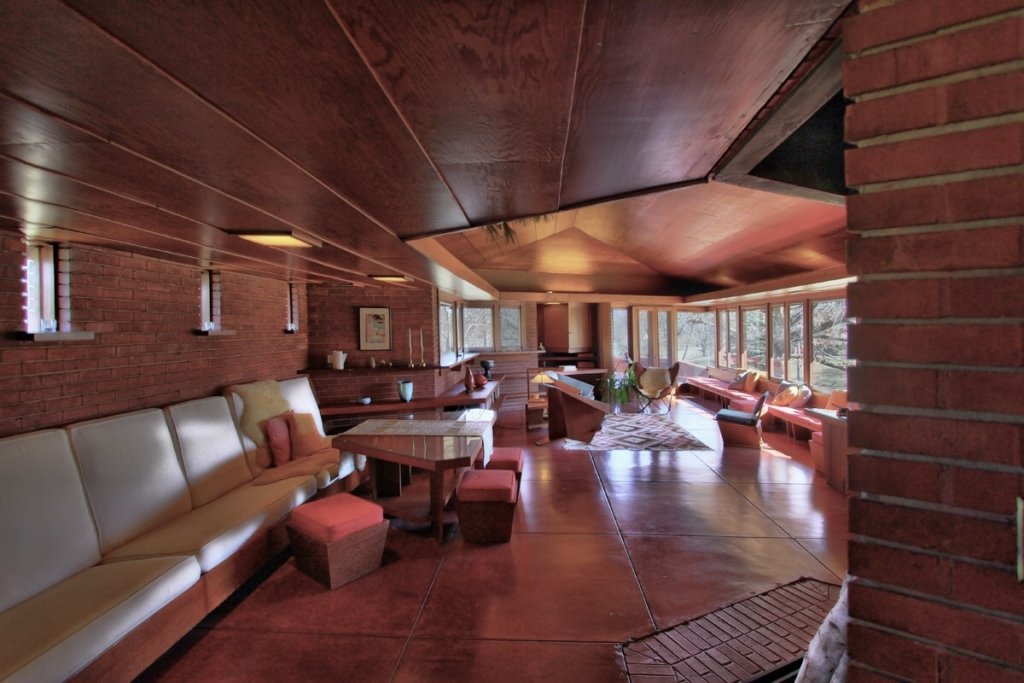 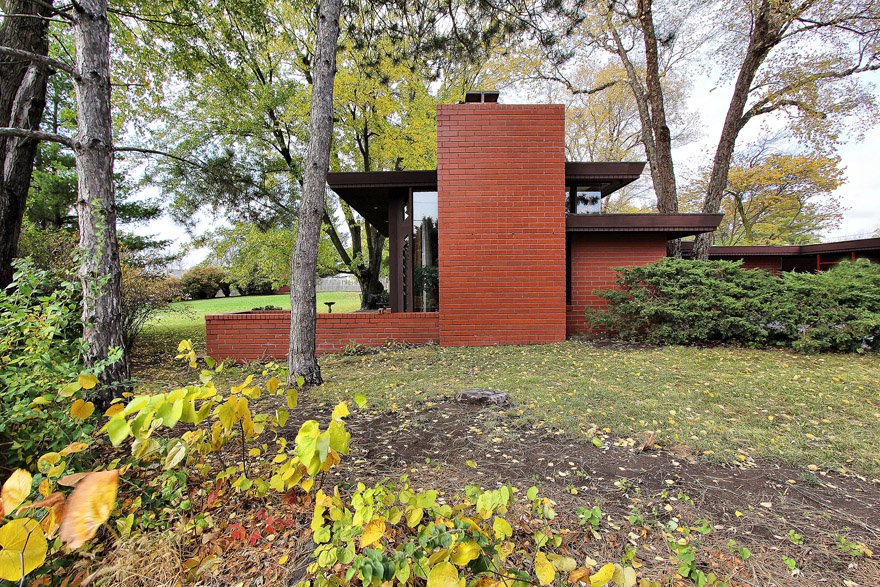 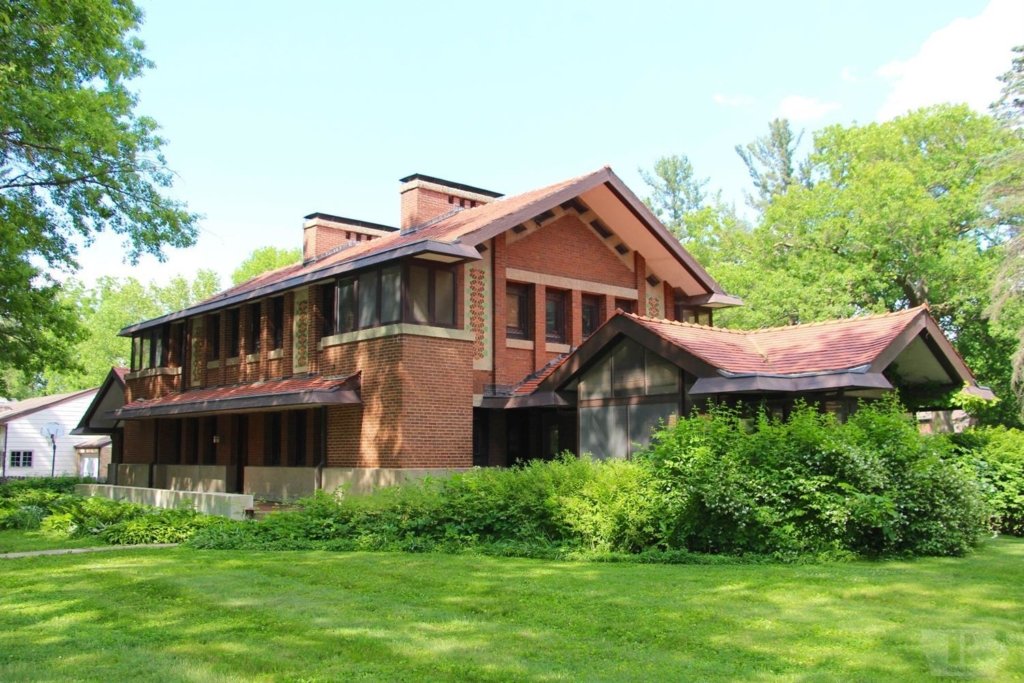 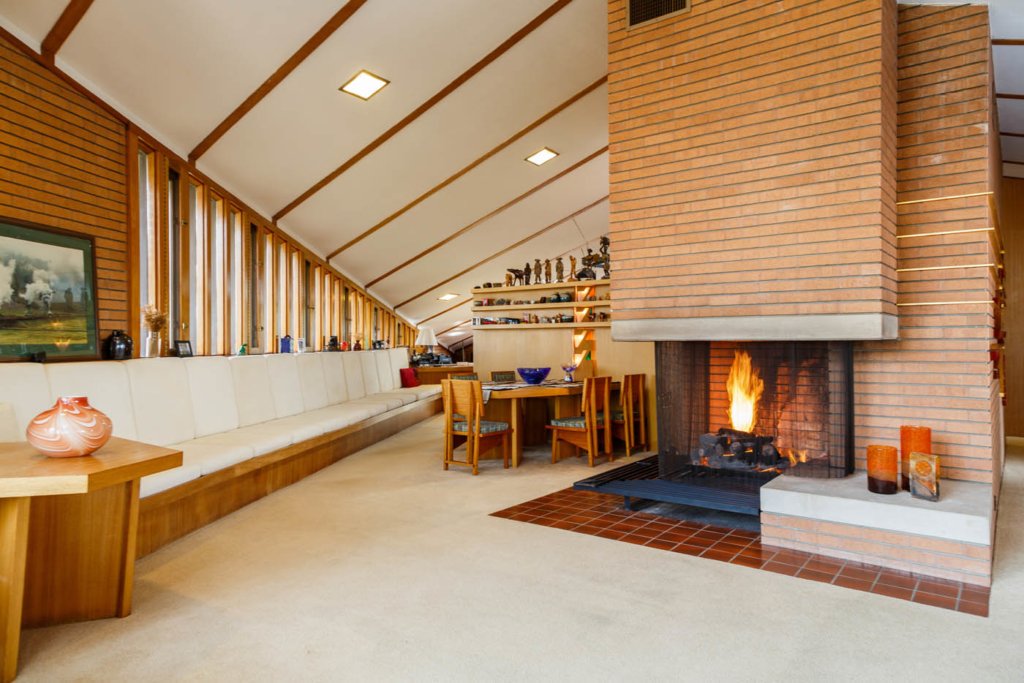 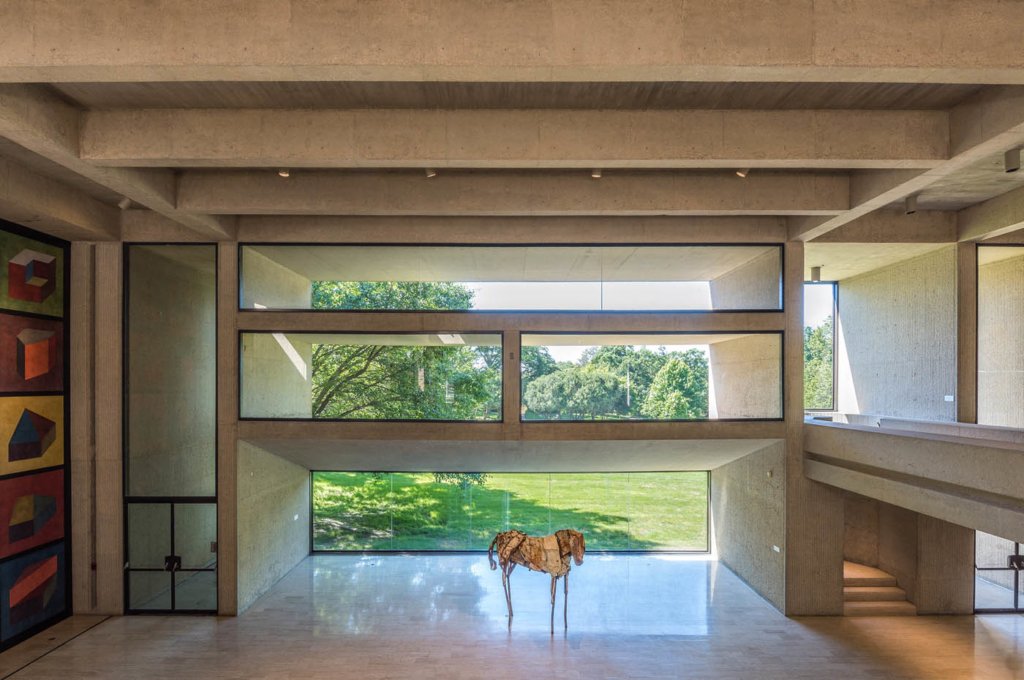 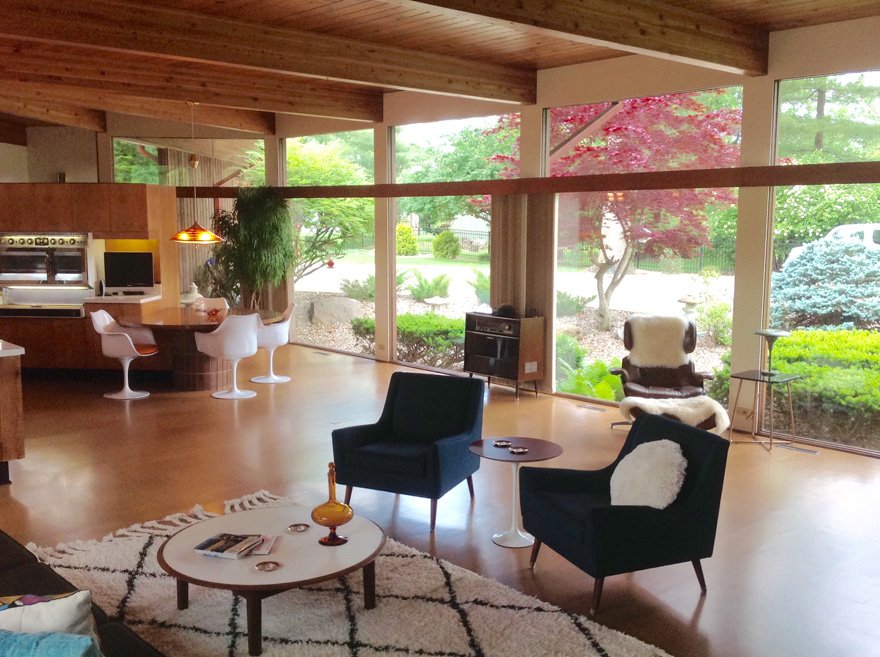 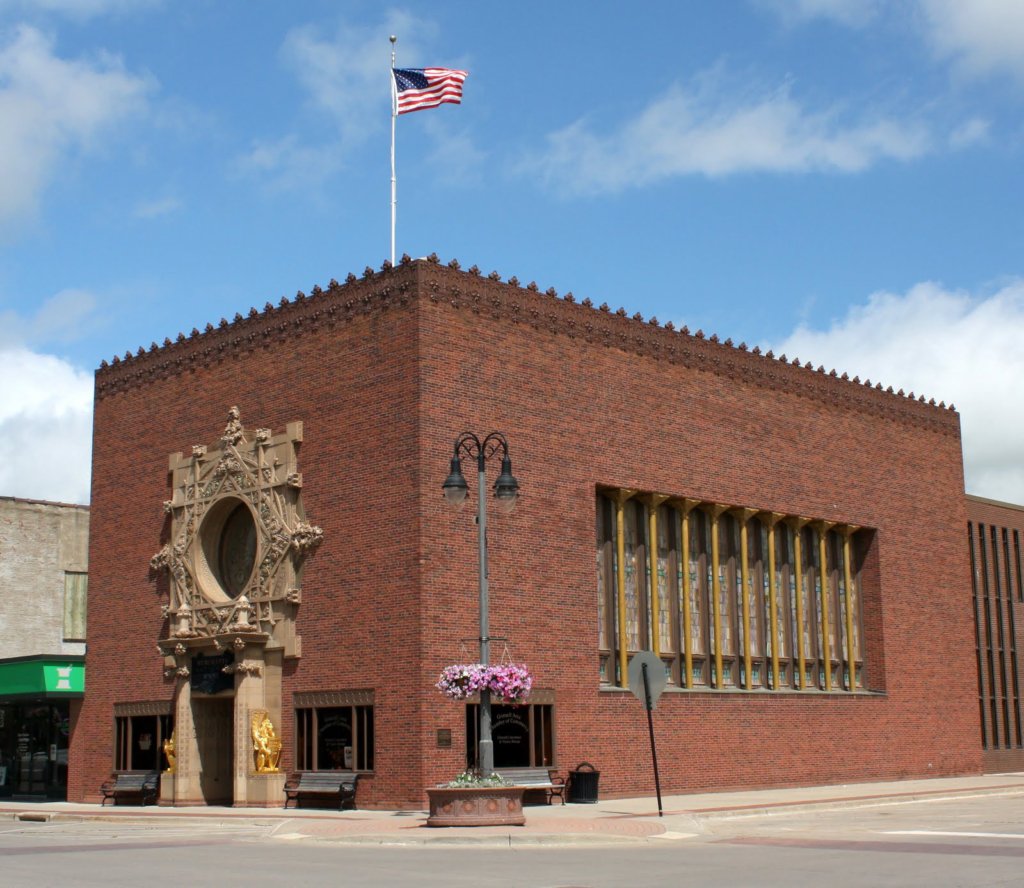 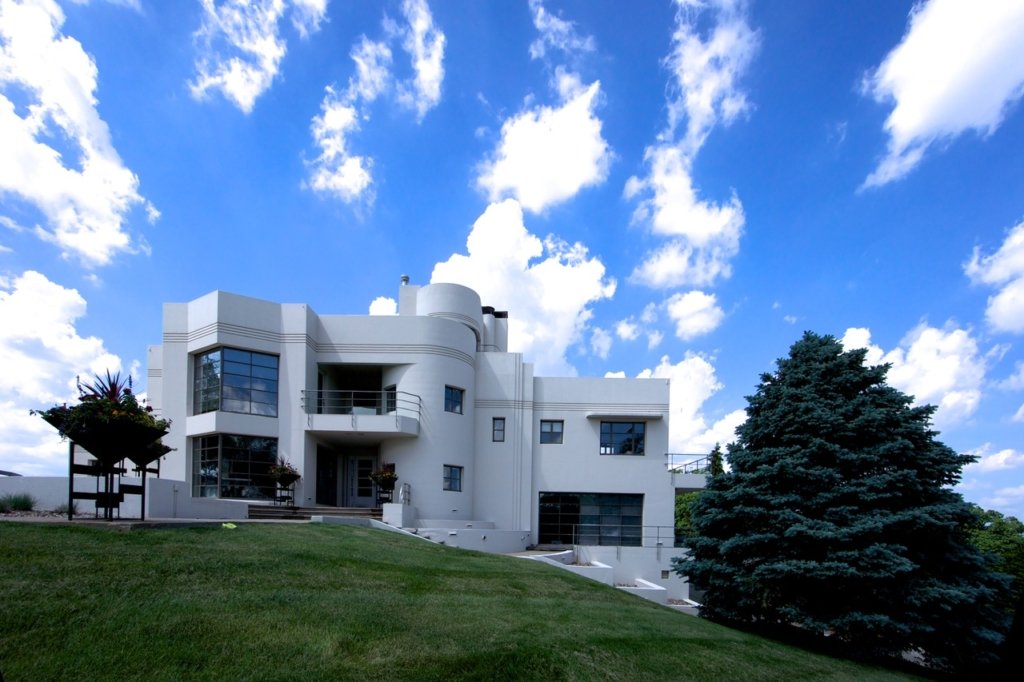 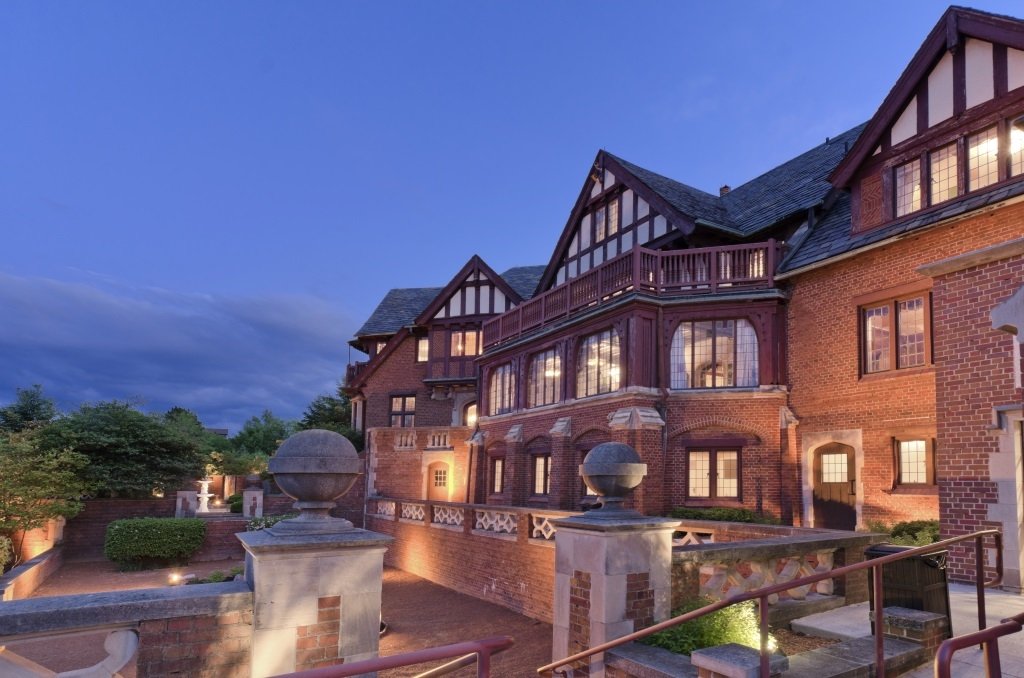 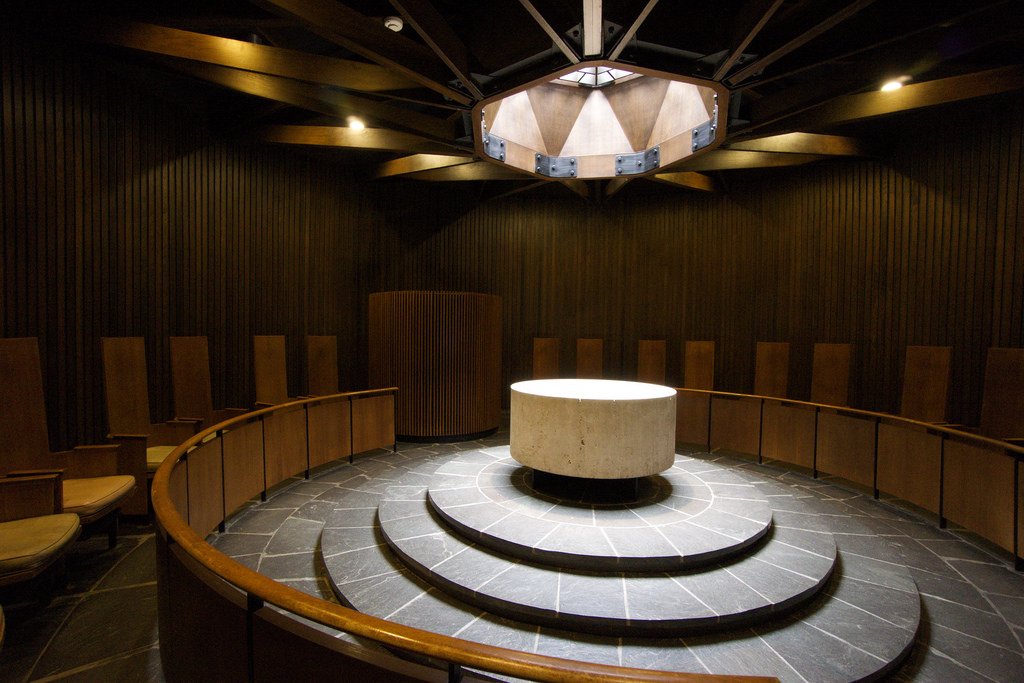 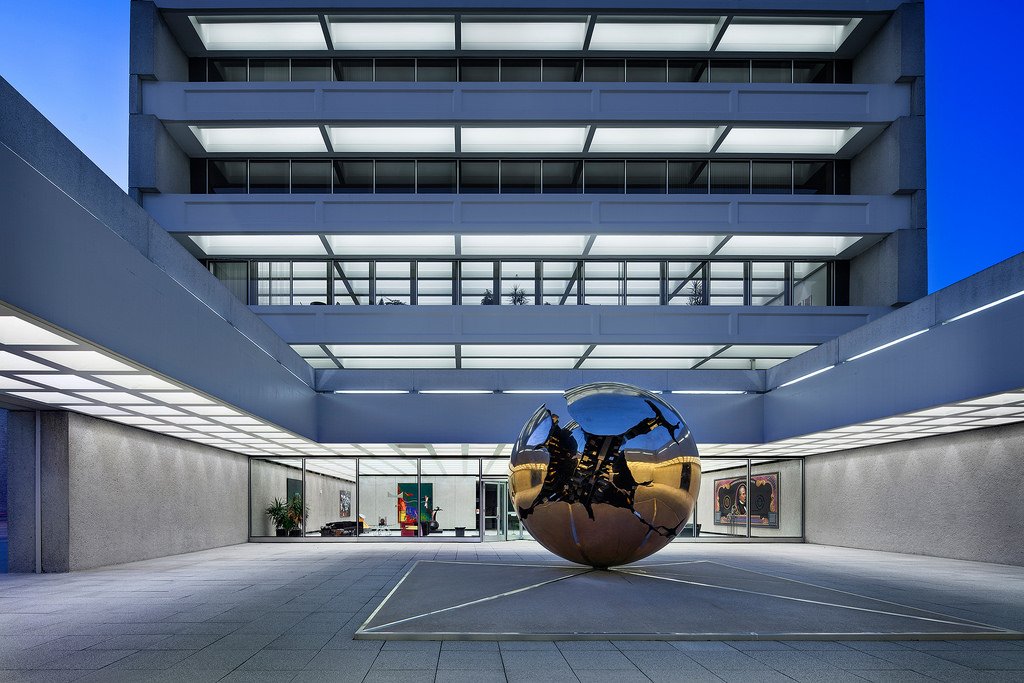 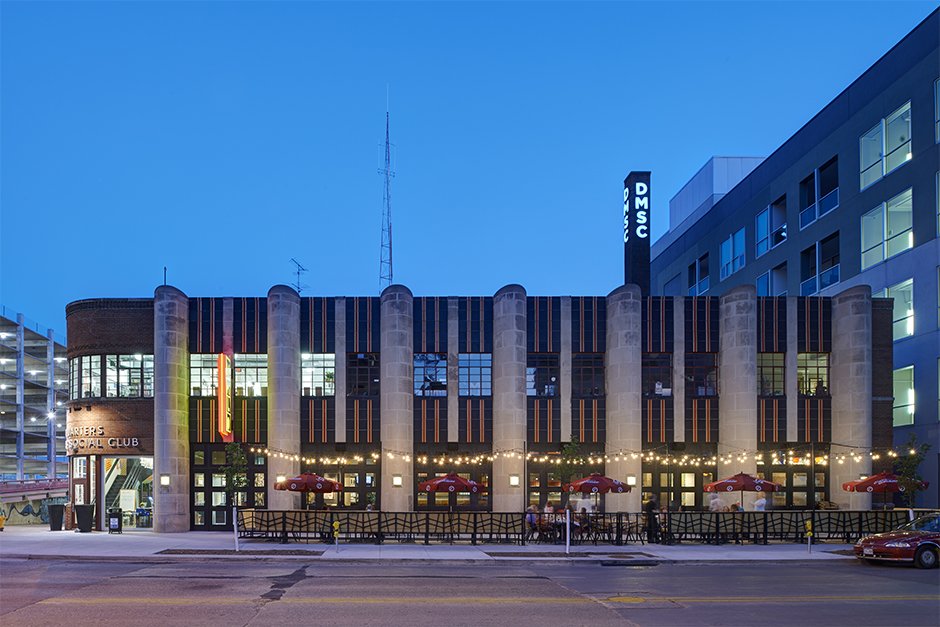