In mid-December, members of the Advocacy Committee of the Frank Lloyd Wright Building Conservancy’s board of directors were concerned to learn of the extent of the changes underway at the Paul and Helen Olfelt House in St Louis Park, Minnesota (1958). It is with profound disappointment that the Conservancy confirms that the Olfelt House is currently undergoing extensive remodeling and construction of an addition. While we take heart that the new addition will be in the same architectural syntax as the existing late-Usonian house, we are saddened to report the architectural plans call for significant changes to a major portion of the original interior fabric of the house.

Unfortunately, the City of St. Louis Park (a first-ring Minneapolis suburb, built largely after WWII) has no historic preservation commission, nor landmark policy whatsoever. Thus, no protection at all.

The Conservancy has been closely monitoring the situation since the house went on the market several years ago in June 2016, when it was listed on our Wright on the Market. After the home was purchased in April 2018, we offered the new owners preservation resources and introductions to other homeowners who did sensitive restorations and additions to Wright buildings of similar period and design. We talked directly to their Brooklyn, New York-based architects and arranged for them to visit with a Wright homeowner in Pleasantville, New York, to better understand Wright’s residential work firsthand. The owners have been courteous, but have not shared their plans with the Conservancy despite our outreach efforts.

As December dawned and site preparation became evident (survey stakes and tree removal), we discovered a building permit had been applied for, with a major addition in the offing. Excavation for the addition is currently underway. More alarming, all the cabinetry and most of the bedroom wing interior is being removed in preparation for major remodeling.

This marks an extraordinary development: a fully intact Wright house (with only the countertops changed in nearly 70 years) is being significantly altered by a new homeowner—the kitchen relocated, bedrooms removed and a new two-story addition changing the relationship of the house to the land.

The Conservancy encourages all Wright homeowners to protect their house prior to sale. One method for doing this is through local landmarking, when the city has a historic preservation ordinance is in place, but research should be done to confirm the strength of the ordinance. The most effective means for safeguarding the future of a building is with a preservation easement that will protect the house in perpetuity. (For more information on easements, contact us at preservation [at] savewright [dot] org.)

The Olfelt situation—like the recent demolition of the Lockridge Medical Clinic in Whitefish, Montana—illustrates that a Wright house is most at risk when a change in ownership occurs. When a Wright building changes ownership without protections against inappropriate modification or demolition, the fate of the building is totally up to the desires of the new owner.

Without legal protection, there is nothing the sellers (even when they’re Wright’s original clients, as in the case of the Olfelt House), or the Conservancy, with its national reach and influence, can do about it at that point. We have been informed directly by the company hired to do the work that many removed portions of the interior will be salvaged (the below photos come courtesy . Like many in the Wright community, we are saddened that this original, intact Wright house will no longer exist. 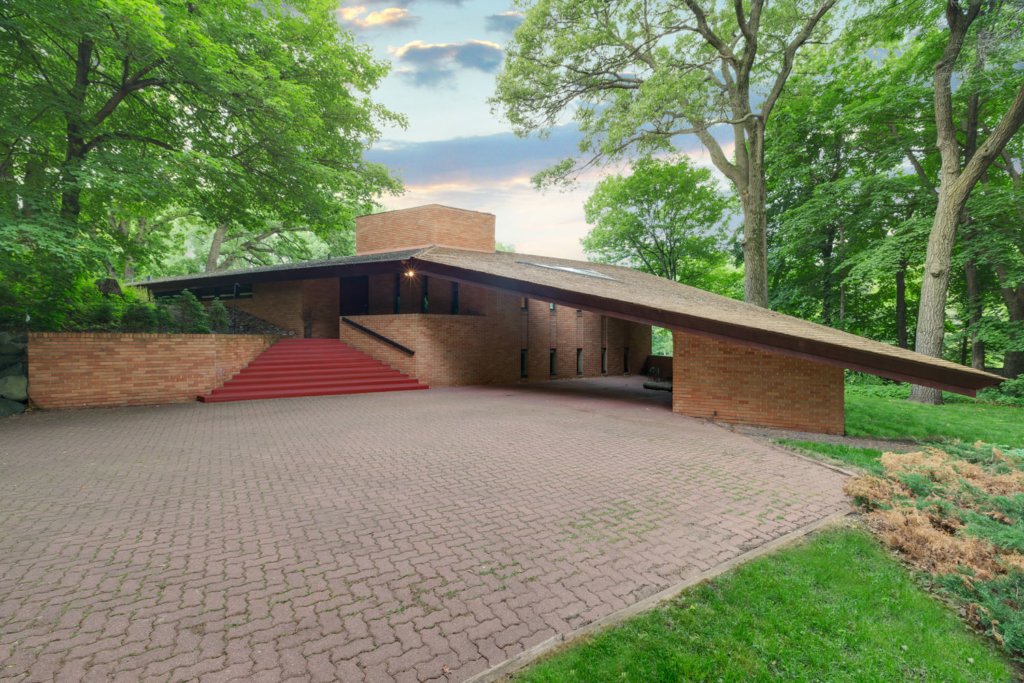 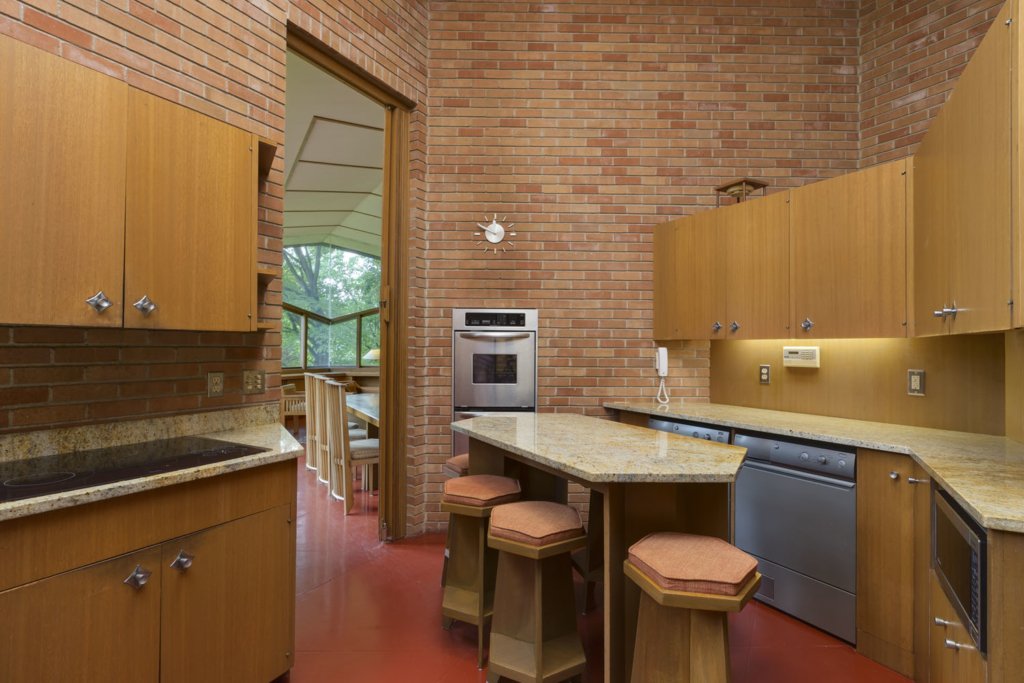 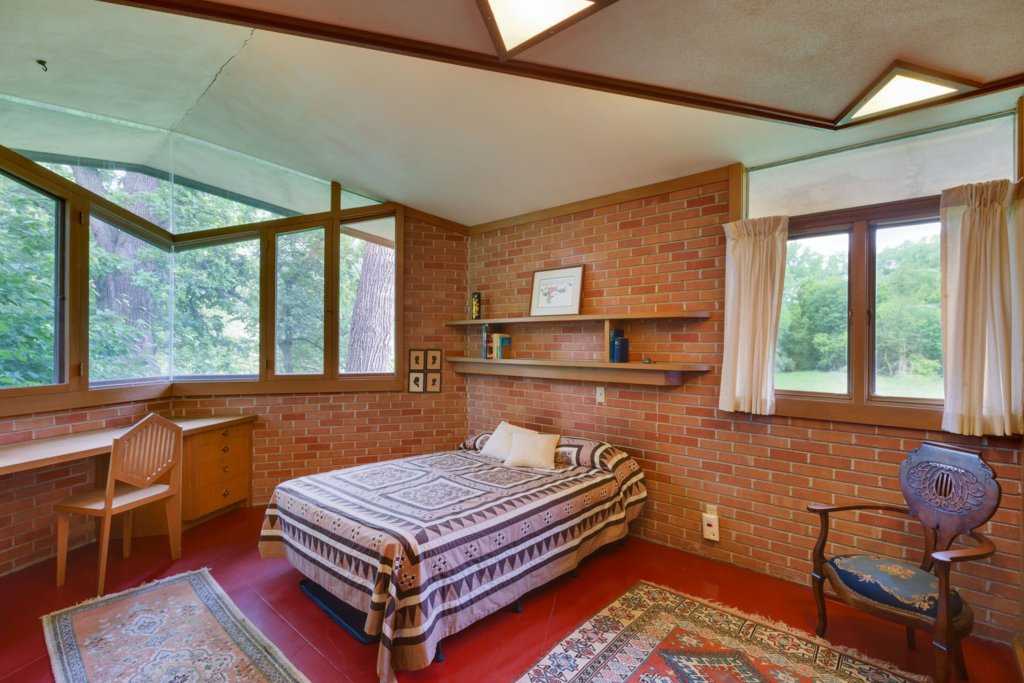 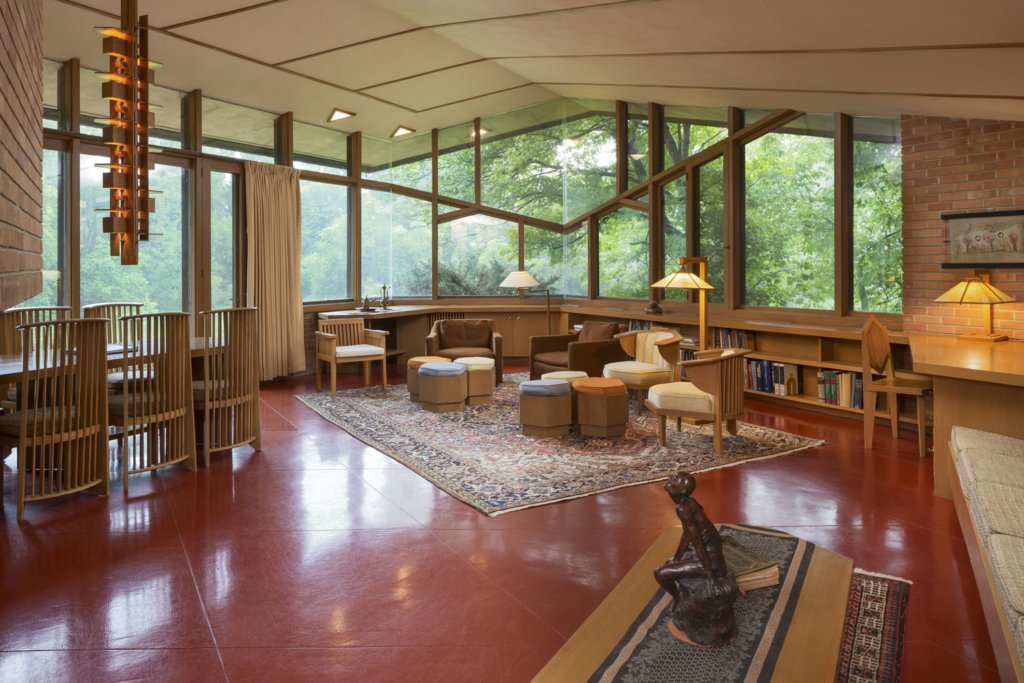