More than 200 people attended the Conservancy’s sold-out 2017 annual conference, Frank Lloyd Wright at 150, held Sept. 13-17 in New York. In honor of Wright’s sesquicentennial year, the conference included a three-day international symposium, Rethinking Frank Lloyd Wright at 150, which featured 18 speakers from around the world highlighting new thinking about Wright’s architecture and its ongoing interest to contemporary architectural history, culture and practice. Hundreds—ranging from local university undergrads to architects, scholars and Wright admirers from across the U.S., Canada, Australia, Japan, South Africa and Europe—attended the event, hosted at The Museum of Modern Art.

Global architecture firm Kohn Pedersen Fox Associates was the presenting sponsor of the conference, and the symposium was organized in cooperation with The Museum of Modern Art with major sponsorship support from Morgan Stanley and the Maddalena Group at Morgan Stanley.

Architecture tours, a centerpiece of the annual conference, included a first-ever visit to the John Rayward House, Tirranna, in New Canaan, Connecticut. The rare hemicycle house is currently on the market for $7.2 million. Also included on the general conference tour was a two-hour walking tour of the Usonia community, including an intimate visit to the Roland Reisley House with original owner and Wright client Roland Reisley, who shared firsthand accounts of working with Wright on his home. The circular Sol Friedman House and the David Henken-designed Odif Podell House were also on view among the dozens of Usonian houses in the bucolic enclave. The Maximilian Hoffman House, ideally sited at the tip of a gated island community on Long Island Sound, was another rarely seen Wright house toured by general conference attendees. The main conference tour, on a sunny and warm early fall day, was capped off by a tour and dinner at Grace Farms in New Canaan, designed by the Pritzker Prize-winning Japanese architects SANAA. The pre-conference tour included an extended exploration of Philip Johnson’s Glass House estate as well as Japanese architect Kengo Kuma’s first residence in the U.S. The post-conference tour traveled to New Jersey and included the Wright-designed Stuart Richardson House and James Christie House, as well as the James Rose Center for Landscape Architectural Research and Design. Conference attendees also took part in curator-led tours of MoMA’s expansive Frank Lloyd Wright at 150: Unpacking the Archive exhibit.

As part of the conference, an online fundraiser auction open to all Conservancy members featured a curated selection of unique experiences in Wright houses, original artwork and Wright memorabilia.

View photo galleries from the events on the Conservancy’s Flickr page.

Thank you to all of the attendees and sponsors who made this wonderful event possible. Next year’s conference will be held Oct. 10-14 in Madison, Wisconsin. 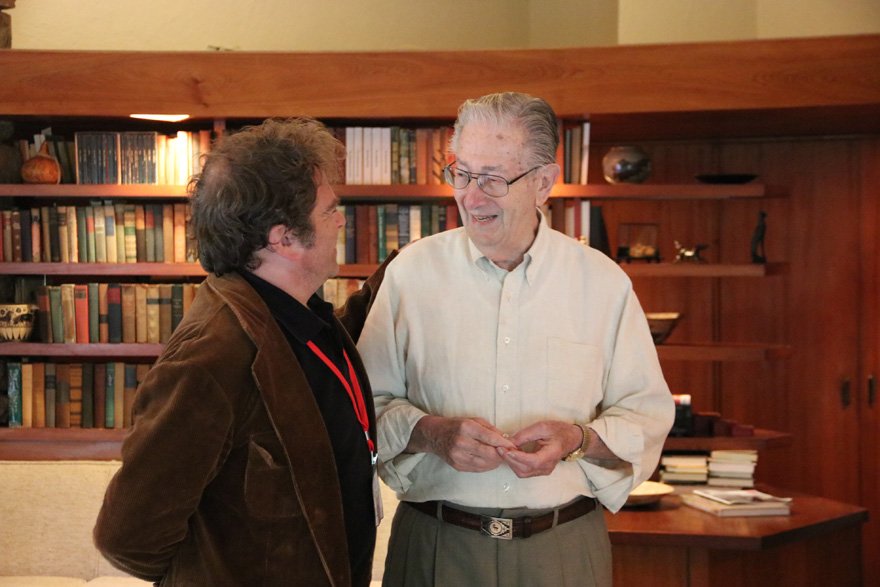 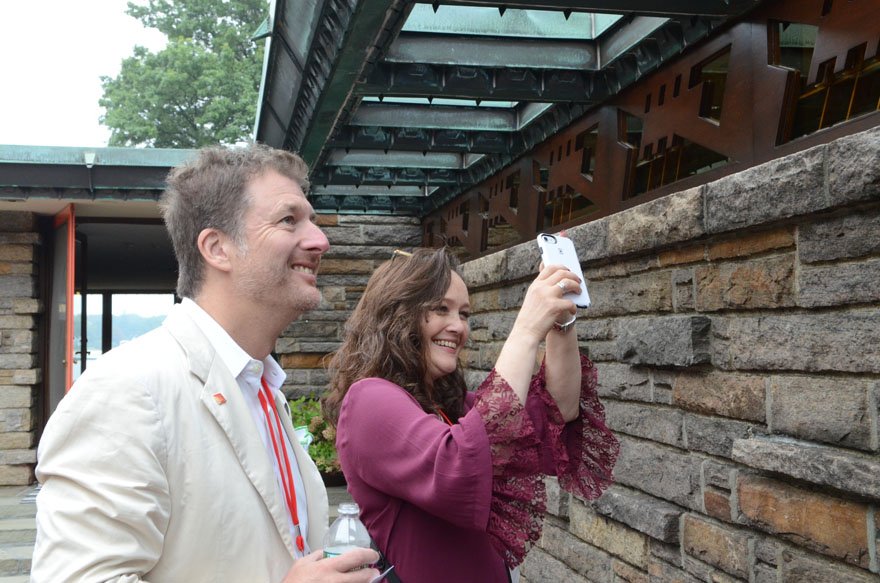 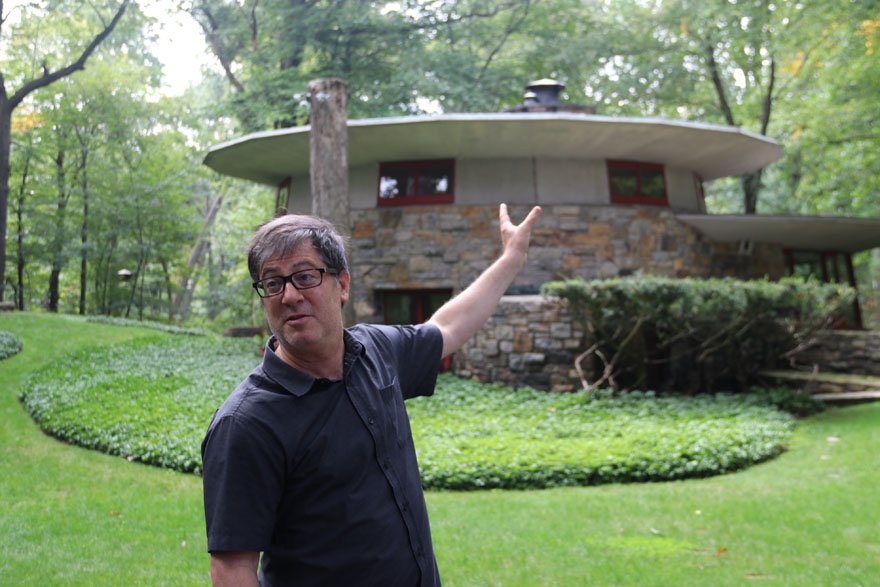 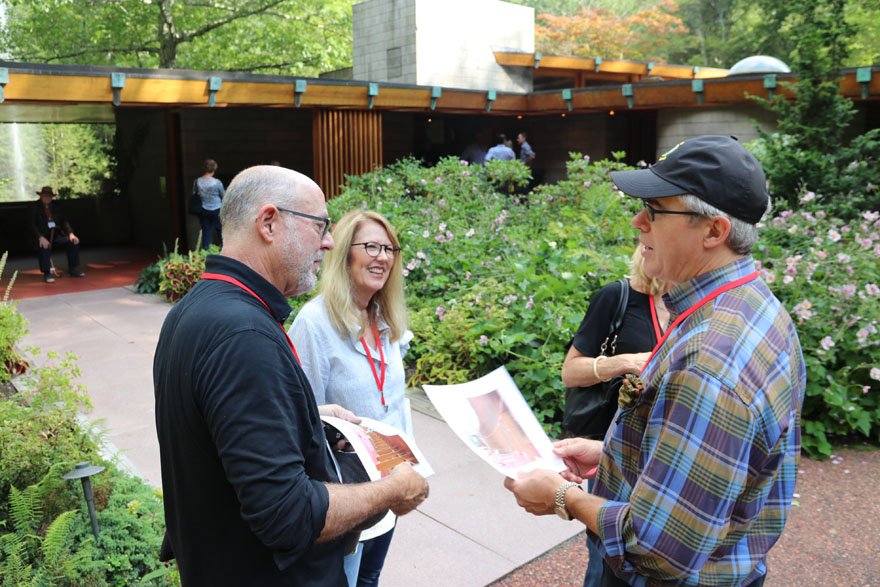 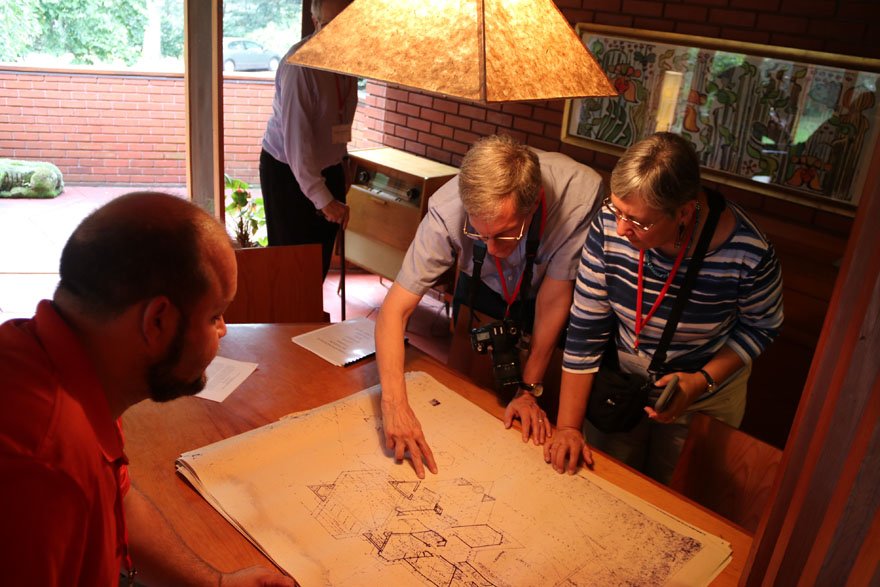 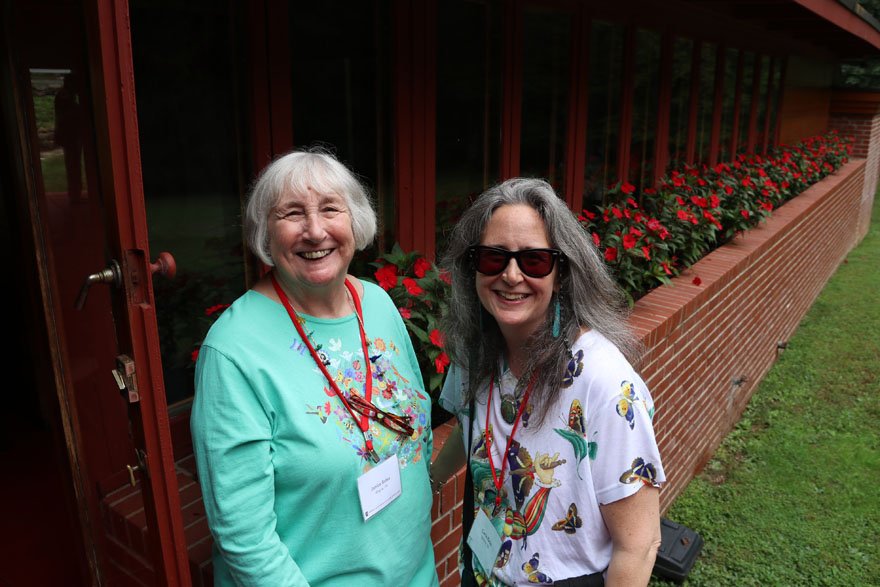 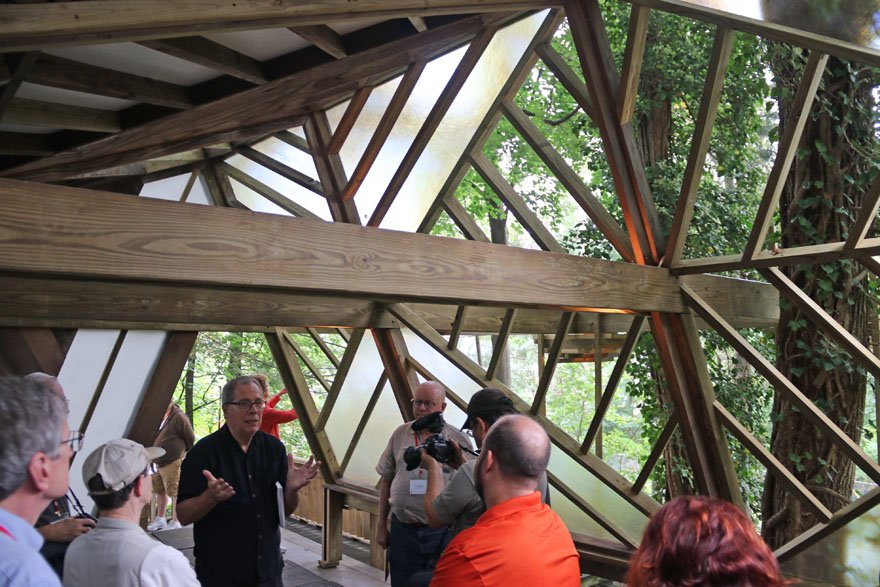 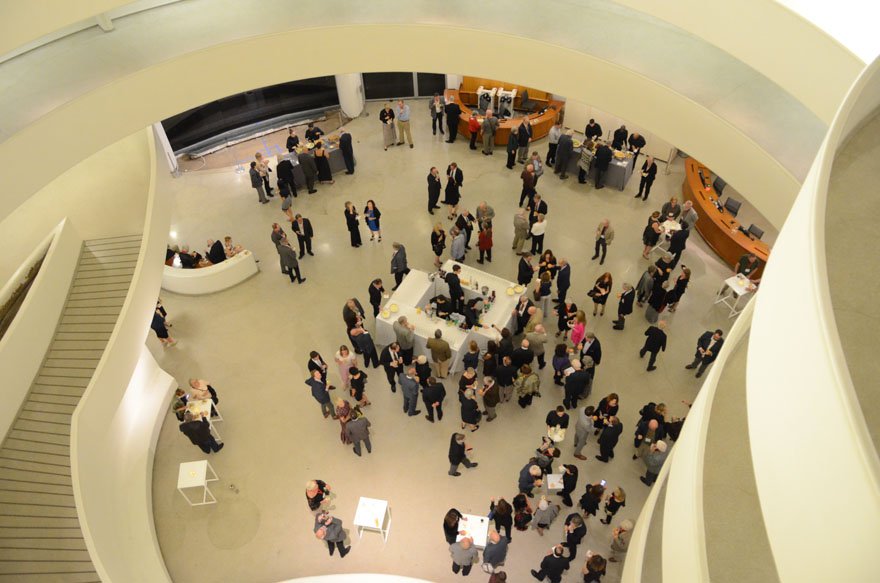 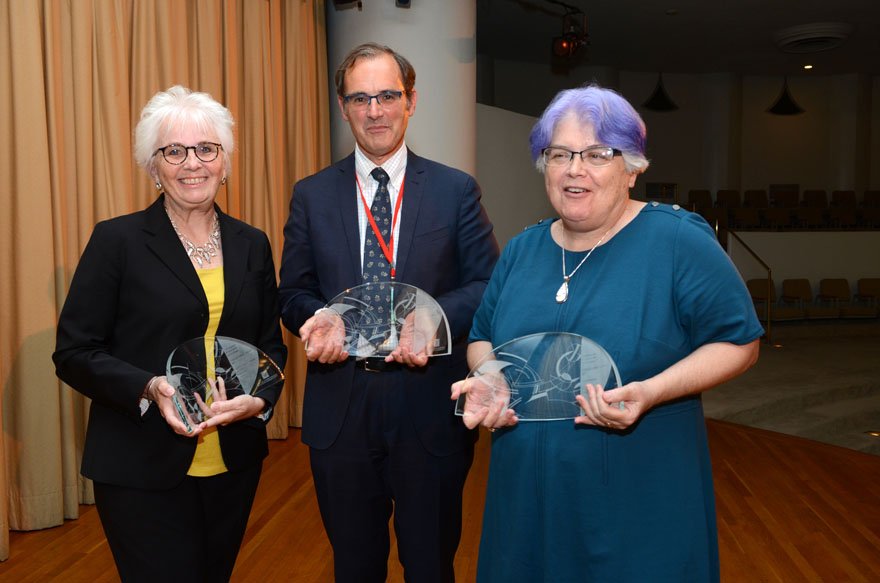 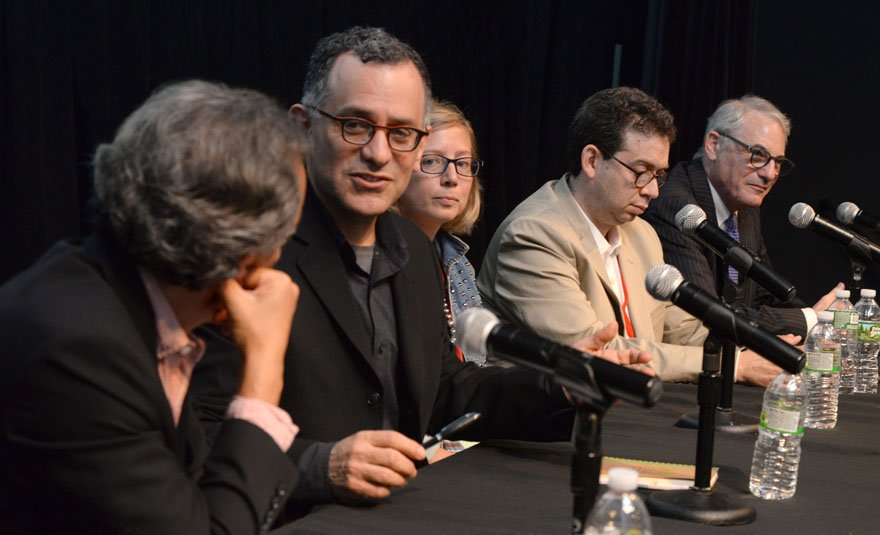 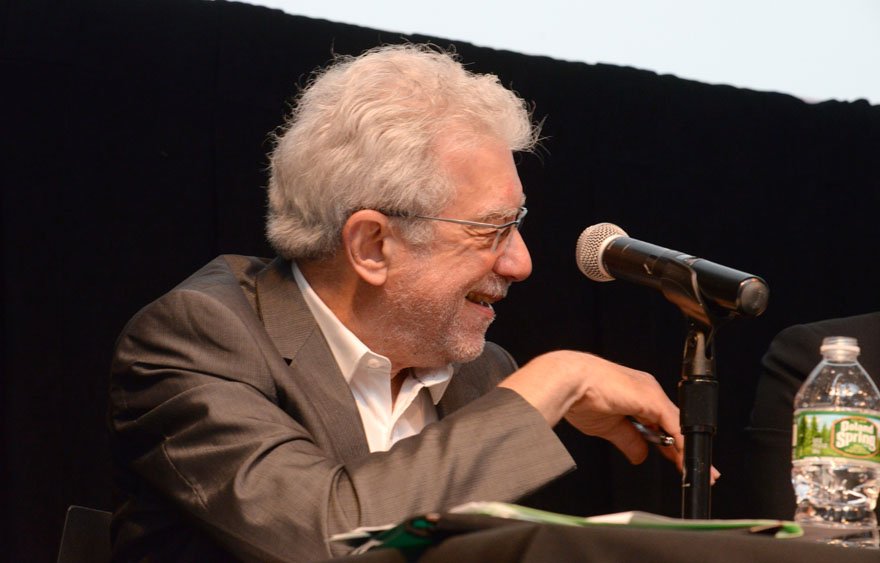 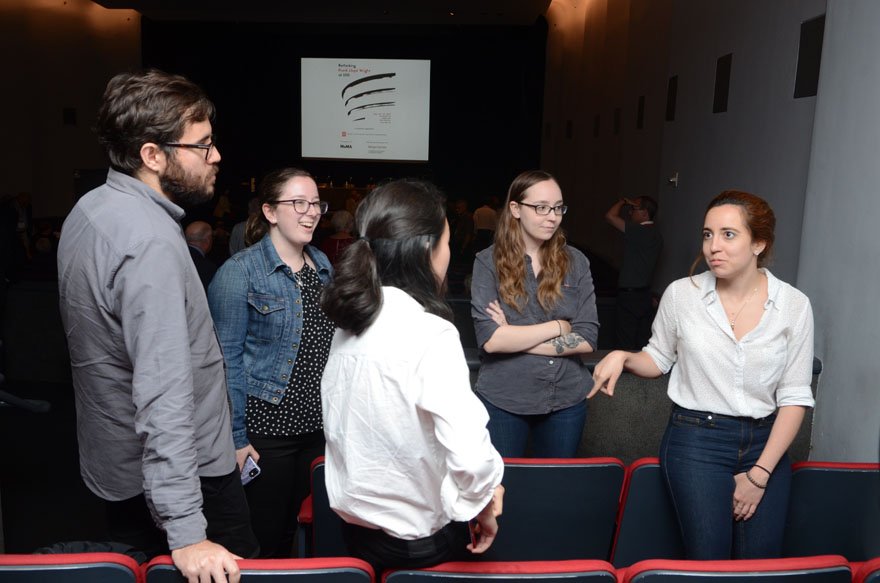