The Wright Spirit Awards were established in 1991 to honor individuals and organizations who have demonstrated an extraordinary commitment to preserving Wright’s legacy. The Conservancy’s Awards Committee selects the honorees from nominations received during an open nomination period.

“There are so many different people who make an impact in the Wright world, from private homeowners who spend great amounts of time and money restoring Wright houses, to those who help facilitate the rescue of buildings that might otherwise be lost, to government officials who prioritize historic preservation in their planning and budgeting,” says Barbara Gordon, executive director of the Frank Lloyd Wright Building Conservancy. “There are always far more people and organizations who’ve made a difference than we can honor in a year. This year we celebrate several homeowners for past work, the husband-and-wife team who brought the Lindholm House back to life, the team behind the Wright World Heritage inscription and more.”

In addition to seven Wright Spirit Awards, longtime events volunteer Betsy Bray will receive the Conservancy Award, which is chosen by the executive director for outstanding service to the Conservancy staff.

Congratulations to this year’s honorees!

Tom and Heather Papinchak
Owners, Polymath Park
For the move and reconstruction of the Lindholm House 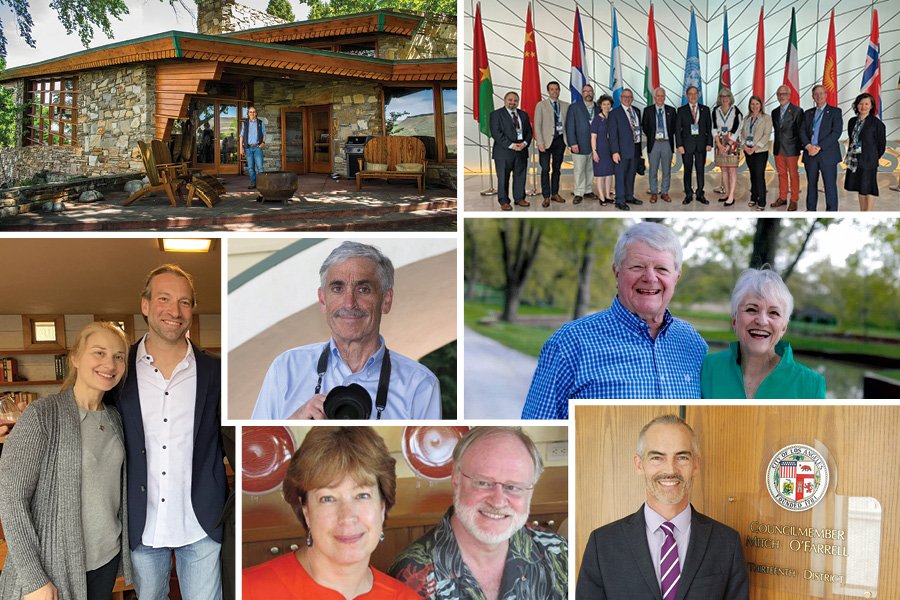